Perched on top of a steep cliff of approximately 70m (230ft) above sea level in the West-side of the Bukit Peninsula, Uluwatu Temple wears well its name, and is considered an inescapable place for any tourist visiting Bali since it gathers several peculiar aspects of the Balinese culture you’ll love to discover. 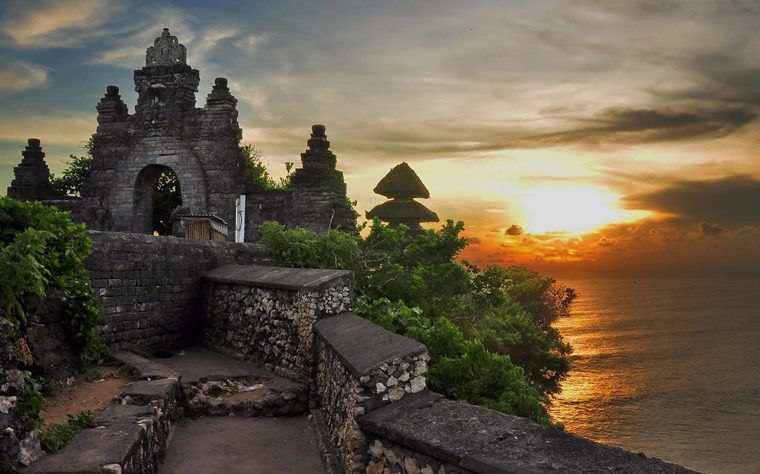 According to a widespread belief, the three divine powers of Brahma, Vishnu, and Siva “became one” in this temple. That belief thus results in making Uluwatu Temple a place of worship of Siva Rudra, the Balinese Hindu deity of all elements and aspects of life in the universe. 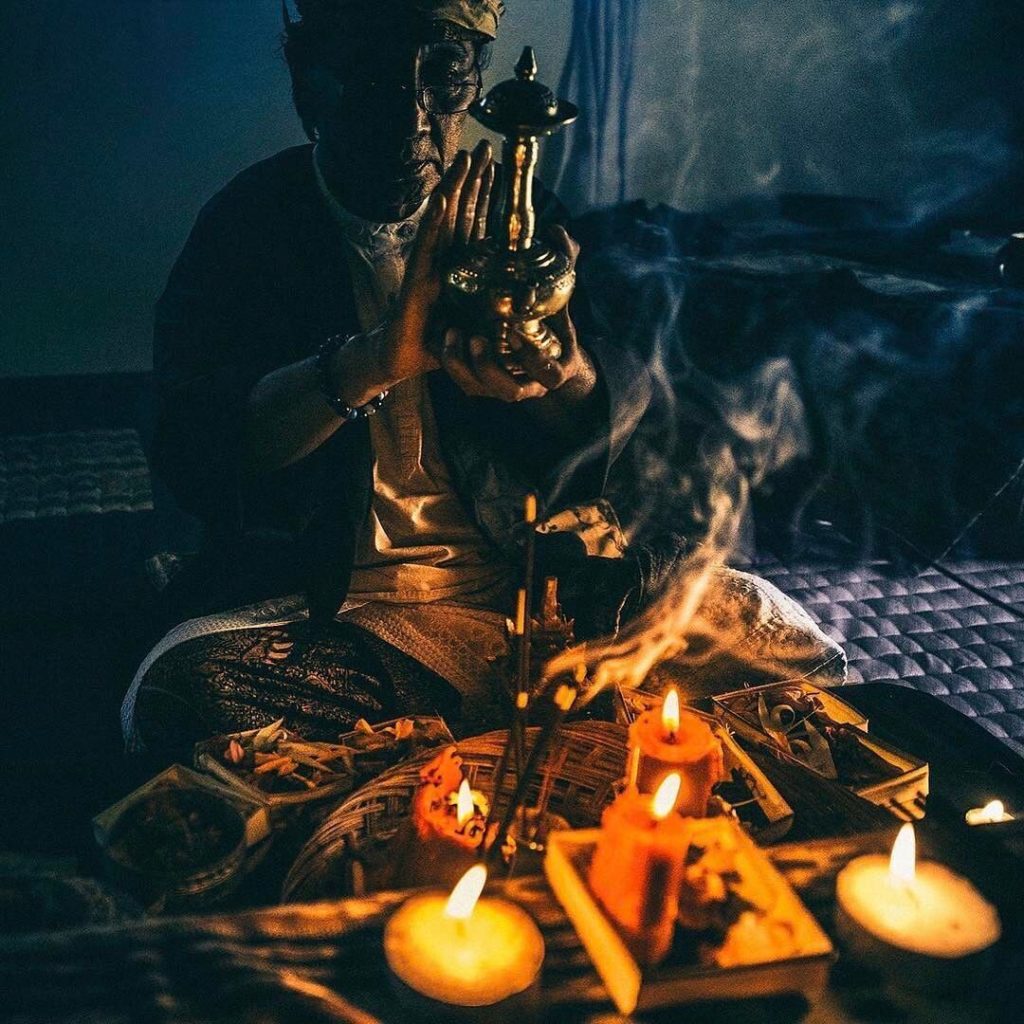 Another fundamental and widespread thinking is that this temple is also dedicated to protect Bali from evil sea spirits! A relevant information for any superstitious surfer that would be graced by Balinese gods before paddling on Uluwatu’s world-class 5-in-one spots.

It won’t, however, protect you from being stolen by clever monkeys who plan to trade your camera for bananas or peanuts !

If this temple witnesses the place and influence of spirituality within the Balinese society, it also showcases spectacular traditional dance performances such as Balinese Kecak dance.

In essence, it is the story of a woman who is stolen from her husband (a prince) by a demon.
The young Prince and his brother must overcome challenges and tasks in order to rescue the woman from the clutches of the demon.

As the sun sets during the performance, and the sky darkens, the story builds to a climax – a moment when a monkey king sets fire to a castle. This moment gets dramatic as soon as orange flames and embers cover a major part of the stage. 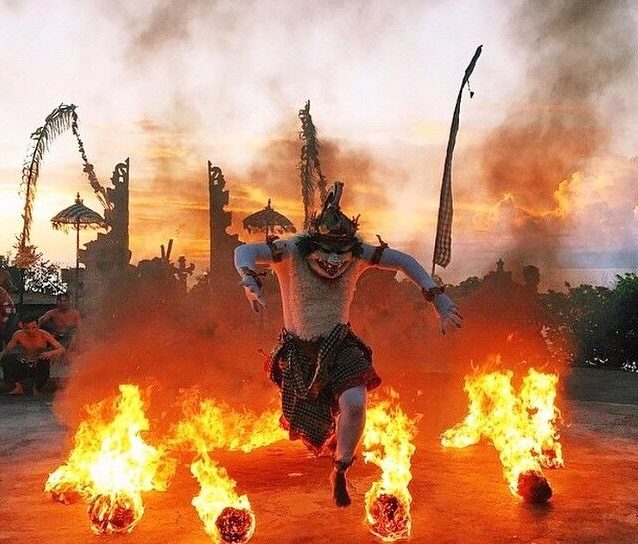 In addition with this, Uluwatu Temple provides an epic natural scenery for landscape lovers. Imagine yourself enjoying a sunset delight perched on the top of a cliff, all this offering an astounding view on the crystal clear Indian Ocean.