During July and August all eyes will be on Bali’s infamous Bukit Peninsula when the Rip Curl Cup returns to the epic, hollow reef of Padang.

During July and August all eyes will be on Bali’s infamous Bukit Peninsula when the Rip Curl Cup returns to the epic, hollow reef of Padang Padang.

So far consistent swells in May and June have been lighting up Indonesia’s reefs, it appears the Indian Ocean is well in the mood just in time for the year’s most anticipated tube-riding festival.

“We’ve had more big swells in the first couple of months of this season than we had all last year,” Bali local and 2014 Rip Curl Cup Champion Garut Widiarta said. “It feels like Padang has been breaking non-stop. Hopefully this means we’re in for a special swell at Padang for the Rip Curl Cup this year.”

The waiting period for the 2017 Rip Curl Cup runs from July 10 to August 10, a full four weeks right in the thick of Indonesia’s prime time, guaranteeing the event has high odds of scoring the big barrels Padang Padang is world-famous for.

Over its 14-year history, the Rip Curl Cup has seen some of the best barrel riders of recent times compete in the Padang Padang pits, including John Florence, Bruce Irons, Jamie O’Brien, Chris Ward, Anthony Walsh and Jack Robinson. Meanwhile, Indonesia’s top surfers like Rizal Tandjung, Garut Widiarta, Lee Wilson and two-time and reigning Rip Curl Cup Champion Mega Semadhi always prove that they can compete with the world’s best on their reefs.

The 16 surfers invited to compete in the 2017 Rip Curl Cup to be held on the most epic day of waves at Padang Padang between July 10 and August 10 is a who’s who of surfing legends.

Goofyfoot barrel demon Damien Hobgood and the ever stylish Clay Marzo will also be making their return to the Rip Curl Cup, and Taj Burrows will be here for the first time too. 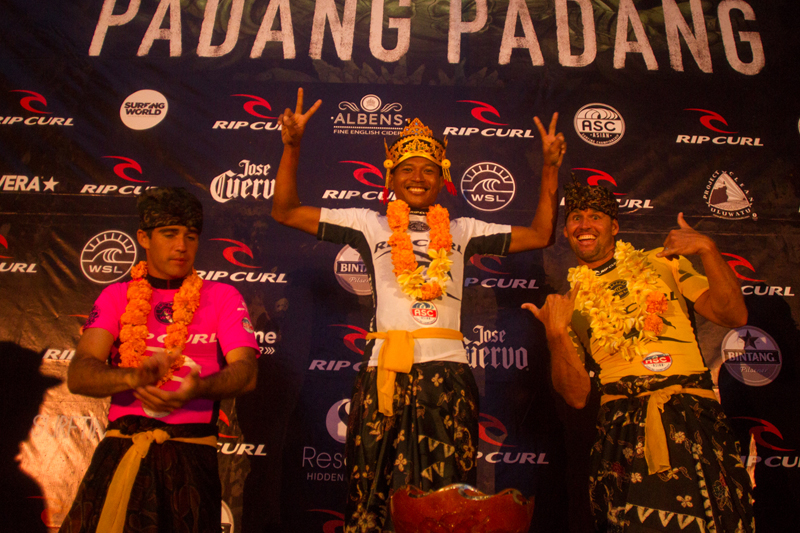 Defending champ Mega Semadhi said. “Padang Padang is one of the best waves in Indonesia. It’s the perfect spot to share with some of the best tube riders in the world. When you get that combination of wave quality and talent for one special day, everyone is always going to leave stoked no matter where they end up finishing.”

S Resorts Hidden Valley is proud to be an official event sponsor of the 2017 Rip Curl Padang Padang Cup.

Hawaiian WQS tube and style master Mason Ho said, “The Rip Curl Padang Padang Cup is one of the best contests in the world, right beside the Pipe Masters and The Eddie. I wish I had the words to describe how much fun that was.”

S Resorts Hidden Valley is located just minutes from Padang, Uluwatu, Bingin or Dreamland.
You will be able to cruise down and watch the comp live, or hang by the resort pool, mingle with competitors and crew staying at the resort and watch all the contest action on our big screen, on bean bags by the pool.

So if you are looking for a cool place to stay away from all the Kuta/Seminyak crowds and madness, but perfectly positioned for dawn surf raids on the nearby Bukit, or to watch the comp, than S Resorts Hidden Valley is the place.

If you book in July or August we are offering 20% off.